The ‘rent-to-own’ retail chain Aaron Rents Inc. settled a sexual harassment lawsuit filed by the Equal Employment Opportunity Commission on behalf of a young woman who was subjected to a sexually hostile work environment by the general manager of Aaron’s Fairview Heights store in Illinois.

The store manager allegedly often made sexually explicit comments and requested sex from a 20-year-old employee.  The EEOC lawsuit stated that the manager “touched Alford’s body in a sexually offensive  manner on a number of occasions and he exposed himself to her several times.  Alford complained to her direct supervisor and called the company hotline but no action was taken to end the harassment. In October 2006, [the manager] sexually assaulted Alford in the Fairview Heights facility.”

Got a tip about a bad boss that eBossWatch should feature?  Do you want to expose your toxic boss?  Let us know!  Send us an email at tips@ebosswatch.com

Rate your boss at eBossWatch

A federal jury has ordered the former owners of the IHOP restaurant in Racine, Wisconsin, to pay two former waitresses $105,000 in punitive damages for having been sexually harassed by their assistant manager.

The lawsuit had claimed that the IHOP franchise ignored early complaints of sexual harassment and that the employee who filed the charge of discrimination suffered from retaliation and was fired after she complained about the harassment.

Other waitresses said they faced the same harassment.  They testified that Management Hospitality of Racine, the company that operated the IHOP, failed to correct the situation. The IHOP restaurant at which the servers were harassed was owned by Salauddin Janmohammed, and managed by a management consulting firm, Flipmeastack, which is owned by Janmohammed’s wife.

Got a tip about a bad boss that eBossWatch should feature?  Do you want to expose your toxic boss?  Let us know!  Send us an email at tips@ebosswatch.com

The EEOC lawsuit claimed that the workplace bullies touched the victims inappropriately, made inappropriate sexual comments, and forced the victims into repeated incidents of simulated rape.  In one instance, managers allegedly witnessed employees dragging the male victims kicking and screaming into a refrigerated room.

Mary Jo O’Neill, regional attorney of the Equal Employment Opportunity Commission district office in Phoenix, said, “The evidence was clear, and everyone knew about it. Beyond the lavish decor that the company boasts on its website was a horribly dysfunctional workplace where male workers lived in fear.” 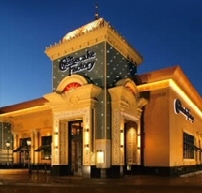 Despite the fact that the victims, Bryce Fitzpatrick, Albert Miller, Jesse DeJong, Michael Wilson, John Andrew, and Julio Muñoz, complained to almost every manager at the restaurant, but none of the managers did anything to stop the workplace bullying.

One victim eventually called the police and reported the hostile work environment and sexual harassment.  Chandler police investigated the incidents but did not file any charges.

Jordan Wimmer, 29, is suing Lowe for £4 million at a London employment tribunal for firing her from her £500,000 a year job as a marketing executive after having subjected her to ongoing sexual harassment.

Wimmer testified that Lowe, who is estimated to be worth £103 million, brought an Asian escort named Ling to investor and distribution meetings in Hong Kong in October 2005.  Wimmer said, “In spite of everyone else wearing formal business attire on these occasions Ling wore designer hot pants which barely covered her buttocks, stilettos and no stockings… which was very inappropriate.”  Lowe also allegedly brought a Russian escort to business meetings in London, Paris and Geneva.

On the Paris trip, Wimmer told the tribunal that Lowe took Ms Wimmer and a female colleague to two topless clubs during their Paris trip, where Lowe suggested that they get their own “private lap dance.”

Wimmer also alleged that Lowe repeatedly told sexist jokes to employees and that he referred to Wimmer as a “bimbo” and “stupid blonde” on a number of occasions.

Rate my boss on eBossWatch

Dawn Simpson, a former animal-care manager at the Louisville Metro Animal Services Center, has filed a sexual harassment lawsuit against Animal Services Director Gilles Meloche for creating a “toxic, intolerable and hostile work environment” from which “she had no choice but to resign.”

Meloche’s assistant, Wayne Zelinsky, was also named in the suit for retaliating against Simpson after she filed the sexual harassment complaint.  Simpson’s requests for time off were then allegedly ignored, she was unfairly disciplined, and she had duties and responsibilities taken away.

Simpson’s lawsuit claims that Meloche’s harassment started three days after she started working for the department.  She says Meloche repeatedly touched her stomach and lower back in a “sexually suggestive/flirting manner.”

After Simpson complained about the harassment to Zelinsky, he allegedly took no action other than telling her that Meloche “doesn’t understand the concept of personal space.”

Ann Rollins Johnson, the former director of the Salina Housing Authority in Kansas, filed a lawsuit against congressional candidate Alan Jilka for allegedly making sexual advances towards Johnson and then trying to get her fired for refusing Jilka’s sexual advances.

The federal lawsuit, filed on October 13, alleges that Jilka subjected Johnson to “severe, pervasive and ongoing sexual harassment by and through a hostile work environment based on her sex or gender because she would not become involved romantically” with Jilka.

Alan Jilka is a former Salina mayor and city commissioner who is seeking the Democratic nomination for the Kansas congressional seat being vacated by Rep. Jerry Moran.

The EEOC filed a lawsuit against Sonic Drive-In of Los Lunas, Ltd., and B&B Consultants, Inc., doing business as Sonic Drive-In in Los Lunas, N.M., for not stopping a Sonic supervisor from subjecting female employees to sexual harassment and retaliating against the women who complained about the hostile work environment.

The EEOC lawsuit alleges that a number of female employees were forced to endure pervasive sexual comments and innuendo and unwelcome touching of bodies.  The lawsuit claims that the ongoing harassment and retaliation caused several women to leave their jobs at Sonic Drive-In.

“Our investigation revealed that a managerial supervisor was permitted to harass these women in the workplace and Sonic did not act promptly to provide corrective relief.” said EEOC Phoenix Acting District Director Rayford Irvin. “Employers have an important responsibility to protect their employees from harassment and retaliation in the workplace.”

Rate your boss at eBossWatch.com because nobody should have to work for a jerk.